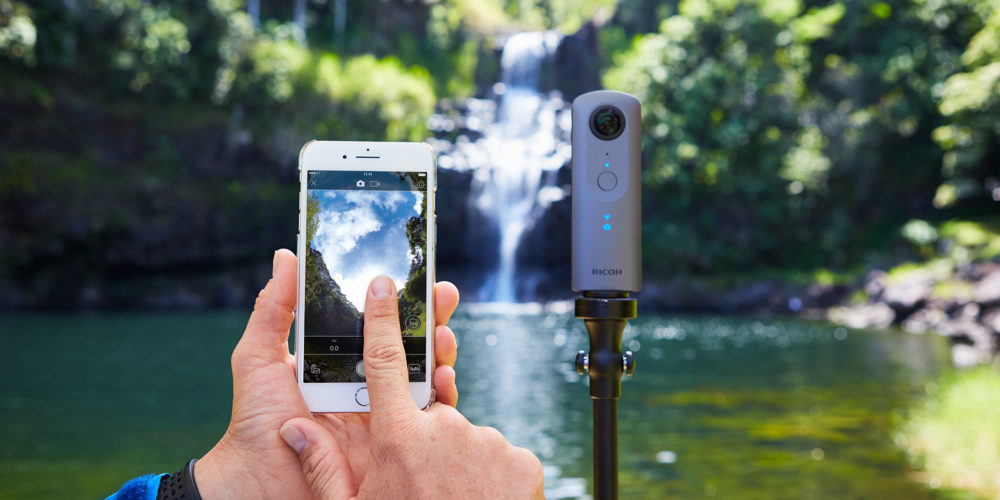 360 photos are in great demand nowadays, yet there are still many businesses and unsold houses (shame on you real estate industry) that don’t feature any yet. If you want to earn money with 360 photos, one way to get started is by becoming a Google Trusted Photographer. You'll need a Google approved 360 camera to do so and be able to contribute 360 photos for Street View.

One of the leading devices in the Google Approved 360 Camera category has been Ricoh's Theta V camera. It's tiny, but it packs a 4K sensor and the ability to record surround-sound audio (with a separate module). The camera's functionality can be extended by a variety of plug-ins, like one for streaming to YouTube or uploading media to Google Photos. It's available at sale pricing on Amazon which may still be out of the price range for some but make no mistake, it is a bargain for the quality of this camera.

The Ricoh Theta series has long been a pioneer in the 360 camera space – they practically invented the consumer demand for them. The Theta V, the latest in the all-star lineup, is the best Theta yet which is saying a lot. It’s extremely user-friendly, and the stills and video captures are some of the best to come out of a two-lens camera. But Ricoh took the next step and upped the performance thanks to the addition of both new sensors and processors. There are also some unique features like spatial audio and wireless casting which make this camera a no-brainer even at current prices on Amazon. It’s still on the pricier side but it's definitely more polished than many cheaper alternatives and the price is worth it in the long run.

If you’re looking to capture stunning photos from a unique perspective, the Theta V gives you that and tons more. It’s super easy to use and it delivers fantastic image quality. It’s a fun tool to use during vacations or family events and you'll be able to contribute to Google’s Street View by uploading your photos of exotic locales. If your budget allows and you’re looking for a new way to tell a story, a 360-degree camera is useful in that regard — and the Theta V is currently the best option.

The Theta V is a fantastic, user-friendly 360 camera. The image and video quality is excellent, the software is bug-free, and the mobile editing tools are great. Additional accessories such as the underwater case, can provide even more functionality. On sale at Amazon, you get exactly what you pay for - the best 360 camera on the market.

July 24, 2022 0
What is Google WiFi? Simply put, Google WiFi is the straight-out-of-the-box solution to your home…

The Most Important Thing To Remember When Marketing…